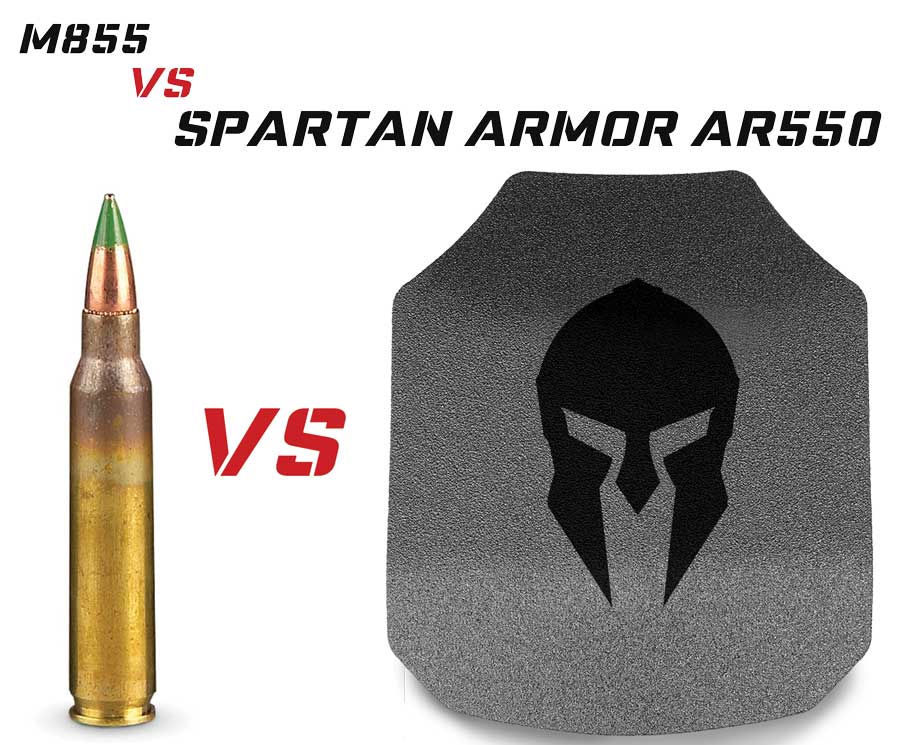 Although we already had very impressive test results on our Level III+ AR550 Armor plates, we recently decided to push them to the limits. We sent them off to Oregon Ballistic Laboratories, which is an NIJ Certified Laboratory, for v50 ballistic testing. This testing uses ammunition of varying speeds to analyze the limits of a given armor’s ballistic integrity. Before we give you the results, let’s clarify exactly what v50 testing is.

When talking about a bullet’s ability to penetrate armor it is based on kinetic energy. Whether you measure energy at the muzzle, at the point of impact or anywhere in between, the formula is the same. That formula looks like this: Ek = 1/2 mv2. That means, it’s ½ of a bullet’s mass times the square of its velocity. It may be tempting to assume a bullet’s size determines its destructive potential. Since velocity is squared in the Ek equation, it is vitally more important than the mass for predicting total kinetic energy. This little nugget of ballistic science is what makes “varmint” rounds like the .223/5.56mm so destructive while maintaining a small, lightweight physical footprint.

The “50” in v50 testing is the speed at which 50% of projectiles at that speed will penetrate the armor. These tests illustrate clearly the ballistic limit of a piece of armor. Oregon Ballistics was unable to calculate a v50 value for our AR550 armor, because they could not generate enough velocity to penetrate the armor even once with SS109/M855! It stopped 100% of these rounds, up to 3500fps, which was the max velocity that they could generate with their test fixtures. Additionally, the v50 for the XM193 was 3280fps. And that’s just in the 5.56mm category.

We also tested our armor against foreign weapons threats. Specifically, we used both 7.62 x 39mm and 7.62 x 54mm. These rounds, fired from the AK-47 assault rifle and PKM machine gun respectively, are encountered daily by US forces deployed across the Middle East, Africa and the Pacific Rim. The AK rounds fired against our AR550 plates were 120gr BZ (API) rounds. The BZ (API) cartridge has a steel core and a small incendiary pellet in the nose. It was specifically designed to defeat NATO light armor – but was unable to pierce our steel-core ballistic plates at 2358fps. The 7.62 x 54mm cartridge is used both in the PKM medium machine gun as well as the Druganov sniper rifle at 2857fps. The rounds used in testing were 147gr LPS.

This data proves that Spartan Armor Systems AR550 ballistic plates offer outstanding, world class protection at an amazing price point that fits into all budgets. We are proud to be able to provide this exceptional product to our men and women in law enforcement, military and first responders.