How To Setup Your Body Armor Kit Like A Pro

It's nice to have quality gear. It's also nice to show up to the range and not stand out as, "The goofball". In this article, we're going to discuss the proper setup and selection of your emergency and range body armor/kit.

Selecting the appropriate vest is first and foremost a high priority. Select equipment that is made with quality materials and won’t fall apart when you need it most. Next, consider how long it takes to get that equipment on and choose a vest that is conducive to a rapidly changing environment. This might lead you to look into Leonidas Legend carrier that is made in the USA) for its full-scale operations and abilities. If you’re a little bit more of a minimalist you might check out the Tactical Response Kit. 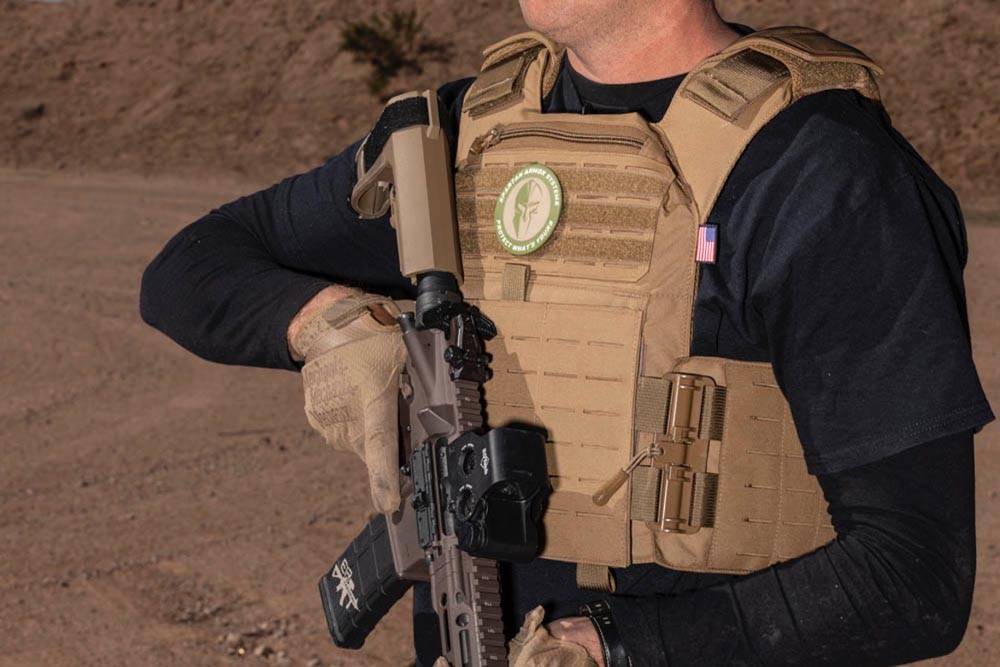 Now that you have selected the correct vest let’s get it fitted to you. First, let’s understand how the body armor is supposed to sit on your body. The front plate and rear plate need to cover your vitals. All too commonly do we see people show up at the range with their gut covered by their small arms protective insert. My body armor is designed to keep me alive, not to protect my breakfast. The forward plate should be sitting about in line with your clavicle.

The rear plate should be sitting high and covering all the way down to your ribs. As we add equipment to the front or rear of our kit the weight may shift and change how the kit sits. Make sure to use the adjustment points on your plate carrier to allow for proper ballistic protection.

Now that your kit is properly fitted, let’s select the right pouches. Personally, I think versatility is very important in pouches. I don’t like having to set up multiple kits so that I can use different weapon systems. I want one kit to serve all missions. This is why I choose the high-speed gear taco pouches for both rifle and pistol pouches. The rifle pouches are flexible and allow me to choose a variety of primary weapons and accommodate their magazines. The pistol magazine pouches are used for a multitude of pistol mags as well as many items outside of pistol magazines like tourniquets, flashlights, multi-tools, and more. 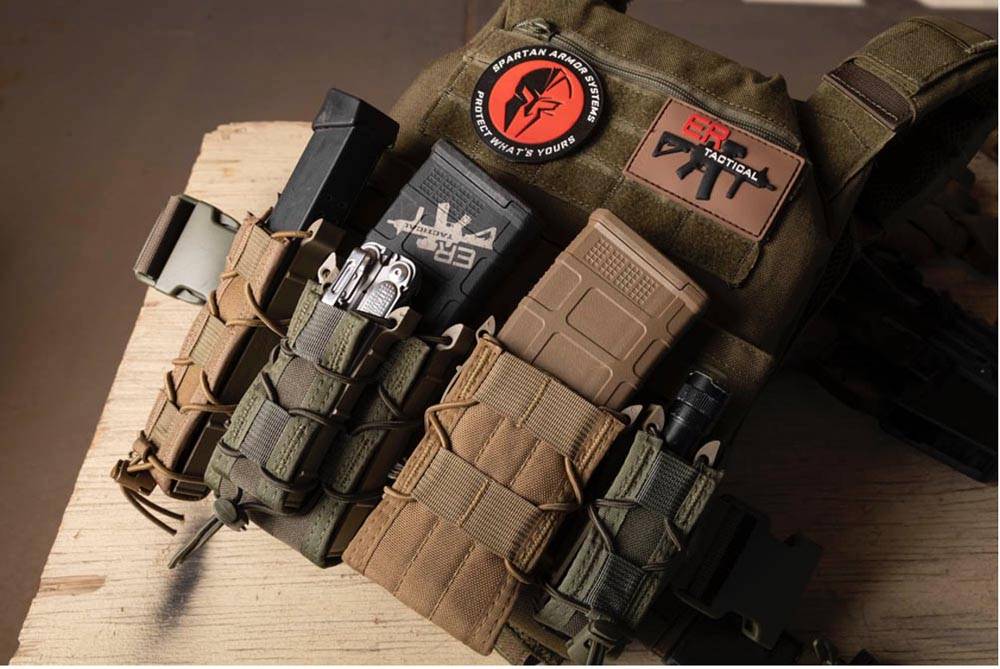 With the correct pouches in hand let’s place them on the kit appropriately. I prefer to have my rifle magazines closest to the centerline and low on my kit. This allows me to access them left-handed or right-handed. Also understanding that when my bolt locks to the rear, it is an emergency! Reloading is the highest priority in my life when my bolt is to the rear on an empty mag. I don’t want anything to slow down this reload procedure. This means not allowing anything to delay the deployment of my next magazine. Give yourself appropriate space to draw a magazine in this emergency. 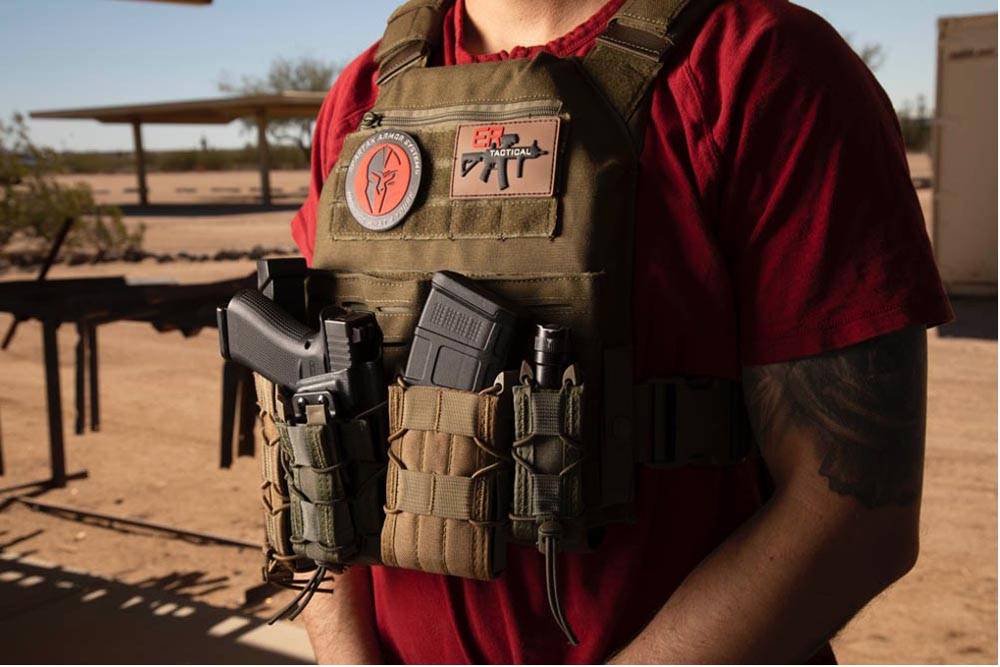 Next would be locating the placement of a tourniquet. If it’s necessary, it will be needed very quickly. Let’s make sure we place it somewhere that doesn’t delay our ability to reload but still allows rapid access to it conveniently. This way, whether we are on our back or on our side we can handle our medical emergency and save or at least preserve life for long enough to get to true medical care. As I add in the next pieces of mission essential equipment I continually step back and ask, “What is the likelihood?” There’s a high likelihood that I’ll need to reload so those pouches are most accessible. There’s a low likelihood I’ll need my multitool in an emergency, so this pouch gets placed further back and out of the way. Scrutinize every item of your kit in the same format. Some of the items I put under scrutiny, I realize are so unlikely that they may not belong on the kit at all. Keep in mind I come from a minimalist perspective where less is more. 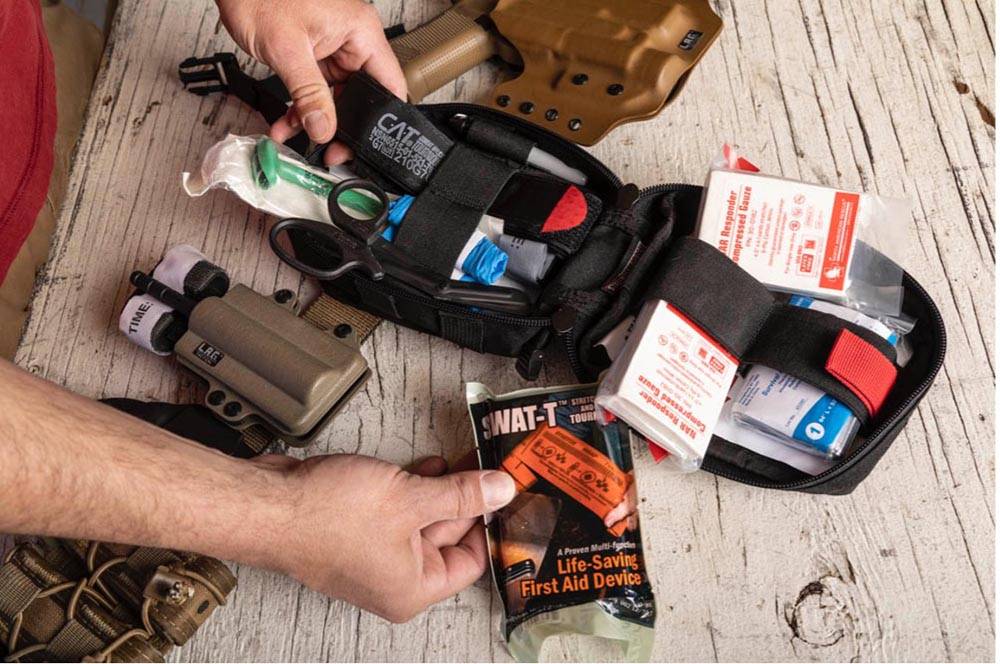 Lastly, let's understand how MOLLE works. This is a system of weaving. If you can fit more than one finger between your body armor and the pouch it means you did not weave the MOLLE correctly. It is likely that your pouches will have too much movement as you jog and potentially lose the entire pouch and magazines when getting up from the prone position or dismounting a vehicle. 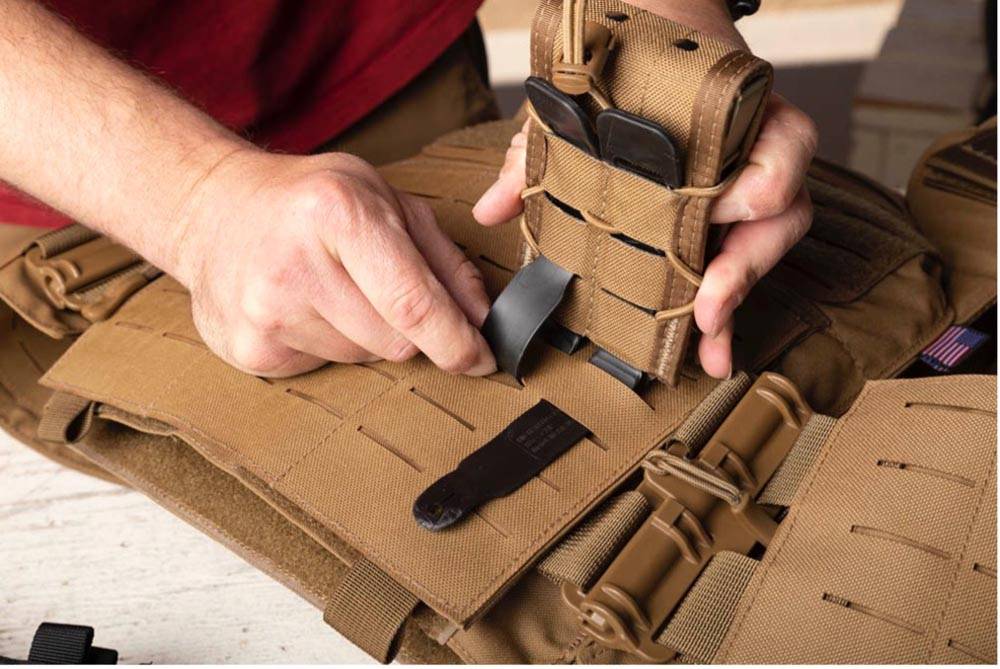 Finally, keep in mind retention. As your pouches need to be properly fastened to your vest, how much retention does your magazine need inside its pouch? If your magazines can freely fall from your body you have an issue. Test this concept by doing sit-ups, going for a jog, and getting up from the prone position. If I have a hard time gaining access to a magazine, I might have too much retention. I don’t like having velcro or bungees retaining my magazines inside their pouches. If my pouch comes with these devices I remove them. During an emergency reload, I don’t want to fight a velcro or a bungee and then draw my magazine to get my gun back up in a fight. 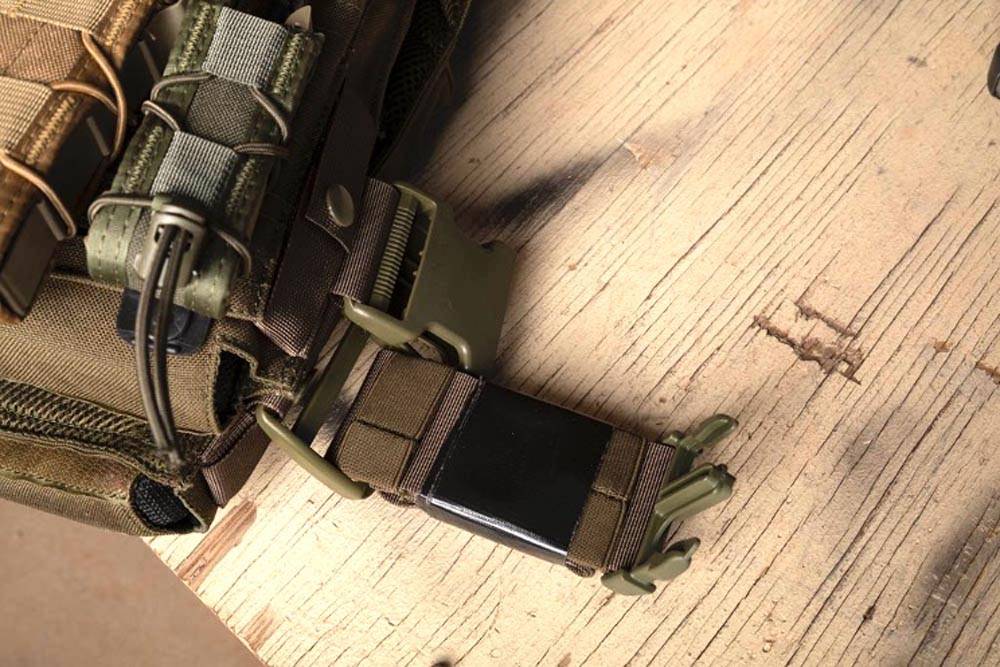 Finally, before you head off to the range, check again all your adjustments and tidy them up. Now that we’ve added pouches, emergency equipment, magazines and other equipment make sure the kit still covers your vitals appropriately. If you need to make final adjustments don’t hesitate to modify your equipment. To tidy up my kit, I coil up any remaining nylon bungee or snag items and tape them in a tucked away position. This not only maintains a professional appearance, but it reduces snag or potential issues. Now it’s time to get to the range and train like a professional.

Products Related To This Article