What is the Best Home Defense Weapon That Will Serve Your Needs?

Let's first be clear on what we're preparing for. You are at a heavy disadvantage if someone is standing at the foot of your bed. Getting your side-arm on your nightstand may be possible, but there might not be many more options at that point. So let's train with a little bit more reality in mind.

Early detection is your best advantage. This means when someone steps foot onto your driveway or property, you know about it and are alerted. If not early detection, a home alarm system will inform you when your front door has been opened at an odd hour of the night.

It is my recommendation that this system tells you not only the home has been breached but where it has been breached. If this information can be given to you audibly, it allows you to focus your eyes and hands on responding to the threat.

Now that we have a clear picture in our minds, how much time do we have to react? Depending on your home layout as well as your property size, this could afford you several minutes or maybe just 30 seconds. Where can we invest that energy in our emergency?

My favorite consideration is, “What can we do before the early detection alarm?” Putting some thought and time into our plan and preparedness can make the difference between night and day. Other than consistent training and range time with Spartan Armor Systems® Steel Targets, this means having your weapon staged in a place that allows quick access, along with a medical kit. This may also include doing a “dry run" of your home. This helps gain an outline for you and your family to respond to this emergency without having to make it up under stress. 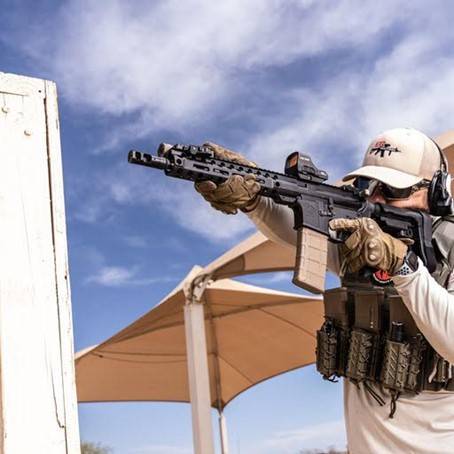 If I’m holding a carbine or shotgun, it’s unlikely that I’m going to stop using it and move to my pistol. How can we chew on this, if you’re in a racecar on lap 410 of 500 and you get a flat tire, are you going to get out and start walking? If forward momentum is your goal then sure, you can walk. But it’s not likely you’re going to win the race.

I think that you should change the tire in the pits and get back to the race. This means conducting a reload or fixing a malfunction on your primary weapon rather than transitioning into your secondary. Certainly, there are exceptions to this rule. But by and large, I want to be in my racecar while everyone else is speeding around the track.

Now that we’re reacting to this emergency, what weapon are we putting in our hands? For many, it’s a pistol. I strongly disagree with this concept. Pistols are great for concealment and ease of carrying. They are not good threat-stopping tools. A far more effective weapon is a carbine or shotgun. 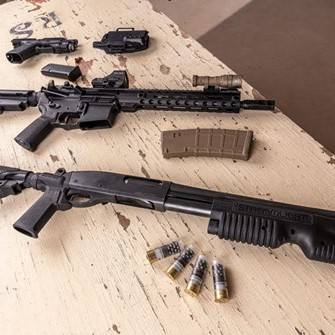 Consider the speed, accuracy, and ballistic capabilities of the long gun and know that they far outweigh the capabilities of a handgun. There are several examples and scenarios you can play out or read in historical events to understand the limitations of a pistol compared to a carbine or shotgun.

Consider your speed and accuracy with your carbine for example. Your ability to make multiple hits across greater distances and in a shorter time. Now consider the ballistic capabilities of a 556 or multiple impacts from buckshot. Not just your ability to effectively engage at the target but the ballistic stopping power and traumatic effect of the different weapons. That should make a very clear point as to why a pistol is for convenience and if I have the option a carbine or shotgun is a far more suitable friend in an emergency.

Now that I have selected a carbine or shotgun instead of my pistol, let’s accompany it with the right gear. It is my theory that a defensive weapon is far more effective with a flashlight attached to it. So as a rule of thumb in my life, I won’t select a weapon to protect me unless it has a flashlight mounted to it. 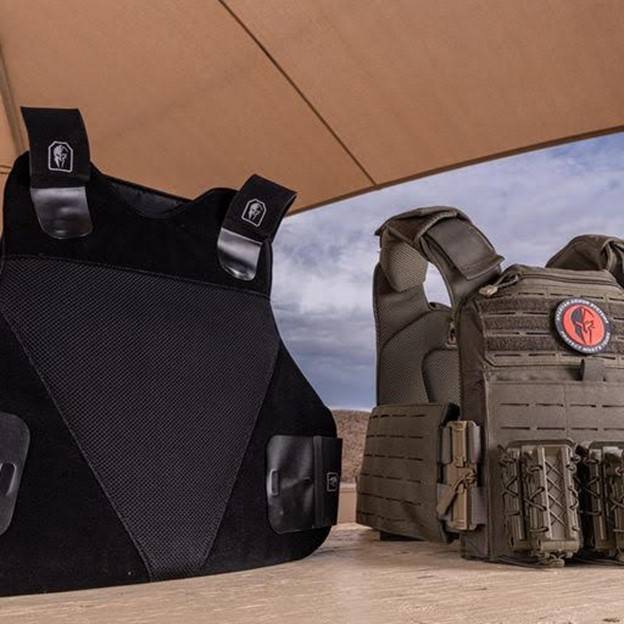 Next, if I have the time and the training, I want ballistic protection in this emergency. So with the early detection of 60 seconds, I can dawn my body armor, grab my carbine, and check my flashlight and red dot sight before responding to the threat at my front door or in my home.

In summary, I believe in the old adage, “a pistol is for fighting your way to a rifle.”   A big part of winning your fight is preparing for your fight. Laying out the proper tools, and accompanying the tools with the correct accessories. This of course is in addition to having a plan and the training to execute your plan so that your family can have the best possible outcome and highest probability of surviving your emergency.

Join the Discussion on AR15.COM